• Nourishes and revitalises skin and hair 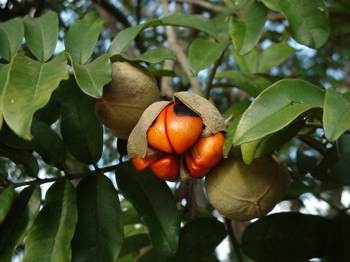 Mafura is widely distributed and grows naturally throughout sub-Saharan Africa extending from KwaZulu-Natal in the South, through Swaziland, Mpumalanga and Limpopo Provinces (South Africa), into Zimbabwe and northwards into Cameroon, Sudan and Uganda. It has a preference for areas with a high rainfall and well-drained rich alluvial or sandy soil and is therefore abundant along coastal areas (Cronquist, 1981; Orwa et al., 2009a

The genus name “Trichilia” is derived from Greek “tricho”, referring to the 3-lobed fruits and the epithet “emetica” refers to the emetic properties of the tree.

The pressed seed yields two types of oil - oil from the fleshy seed envelope and Mafura butter from the kernel.

The characteristics has been thoroughly documented and published by I Vermaak from Tshwane University of Technology. The publication appeared in the South African Journal of Botany with title: African seed oils of commercial importance — Cosmetic applications is well worth reading.

Below some of the findings:

·         The seeds are rich in fat and produce good quality oil used for cosmetic purposes such as in the manufacturing of natural soaps, lip balm therapy, cosmetics and candle making.

·         Mafura oil is rich in essential fatty acids and has nourishing, revitalising effects on the skin and hair and is used to treat a range of skin ailments.

·         It is known to be rich in palmitic and oleic acids with lower proportions of linoleic, linolenic and stearic acids.

·         The high palmitic and oleic acids have proved to be good skin permeation enhancers. In a previous an earlier study anti-oxidant activity was correlated to a high oleic acid content and it may be plausible to predict that the high levels of oleic acid in Mafura seed oil will exhibit good anti-oxidant properties.

·         Originally the oil was used as a starting material in lipase catalysis for the production of cocoa butter equivalents.

·         Mafura oil is combined with coconut oil to provide emollient and moisturising effects. 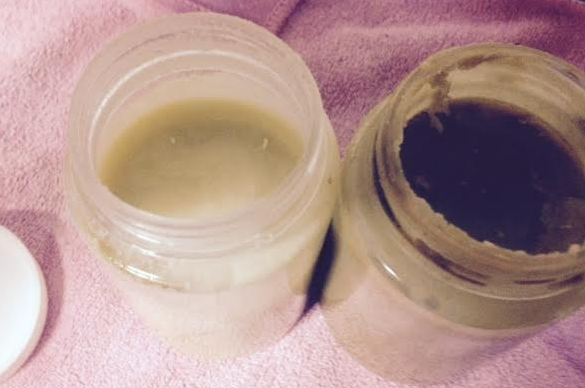 The kernels are extracted from the seed by means of hand or mechanical methods. The methods commonly used are.

The oil expressed by hydraulic means are usually lighter in colour than screw pressed oil due to higher temperatures.

The wild harvesting of Mafura products such as seed and fresh fruit lends itself to job creation and poverty alleviation projects. These can be picked up and sold to producers of pulp and oil and generate valuable income.

The potential to start plant nurseries where selected superior plant material can be grafted onto small trees and sell this for developing orchards.